As many other Aboriginal tribal groups before the arrival of Europeans, Kungarakan culture was ancient, pure and unweakened by invasion and dispossession.
Kungarakan language, song, dance and social structures were distinctive and strong and for Kungarakan people long life, health and well-being were assured by the fresh waters of the Nungalakoo (Finniss River) and its multiple estuaries and pools. Kungarakan shared life with tribal allies in the region with whom were shared marriage, hunting and ceremony rites.

Kungarakan have not forgotten culture and still practice culture through juluk (ceremony), passing on language and naming our children in the tradition of our ancestors. The Paperbark People have traditionally been powerful and well respected with access to plentiful supplies of freshwater wildlife and bush foods to sustain them and share with neighbours.

Joe McGinness in his book recalls his days as a young man gathering bush tucker at the tin mine homestead named the ‘Lucy Claim’ after his mother Alyandabu:

“In the surrounding bushland of the claim there was daily hunting and foraging by Mother and other women relatives for bush tucker, such as yams, mussels, yabbies, goanna, bandicoots, possums, etc. “

“Wild honey….comes in several varieties…tul-pooee- found in tree stumps and antbeds, dark honey almost the colour of treacle; yuka-pin- found in growing trees…. And palark-pah- also a tree-variety of honey” [1]

Wetji is the Kungarakan name for White Egret. Wetji is also used as term of endearment and respect for a female grandparent (who usually possesses a head of white hair.) 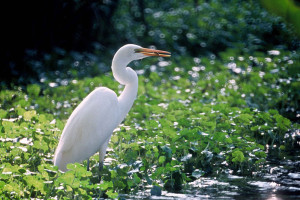 Tjimin – the Kungarakan word for dragonfly- is also a title we give to our grandfathers and male elders. 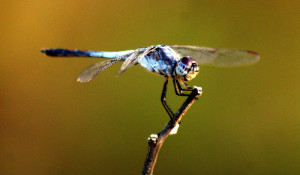 The tjoodah (paperbark tree) is an important element in our environment. It’s trunk can store water for times of drought; it’s leaves and oils are medicinal; its bark is used for everything from cooking to cultural ceremonies. The tjoodah, amongst other things, represents the Kungarakan people: straight, strong, standing tall and grounded in land. This photo was taken on Kungarakan land. It is typical of the kind of water ways on our country with hot springs and fresh water coming together in pools. Translated Jonorr pirrmun means “where the bubbling water comes down” 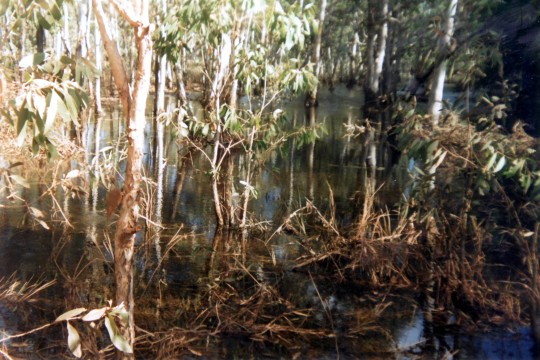 This photo is of Nungalakoo kiwek the lower Finniss River, Batchelor, NT Fire signifies the camp and is the centre of communal life. Fire like water remains a vital element in Kungarakan life and environment. Fire has been used for many purposes amongst these cooking, tool-making and ceremonial cleansing. 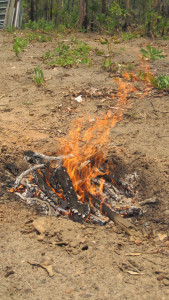